The A-Z of Year-end party script for emcees

Year-End Party is an annual event every year-end occasion. This event is considered an opportunity for all members to gather together, summarize the achievements achieved in the past year, as well as set out the operational direction for a new working year. This is one of the most important events in every career agency. As a leader and coordinator in all stages of the Year-End Party, the MC plays a pivotal role in the success of the whole event. Let’s discover the A-Z of the Year-end party script for emcees through Event Crew’s article. 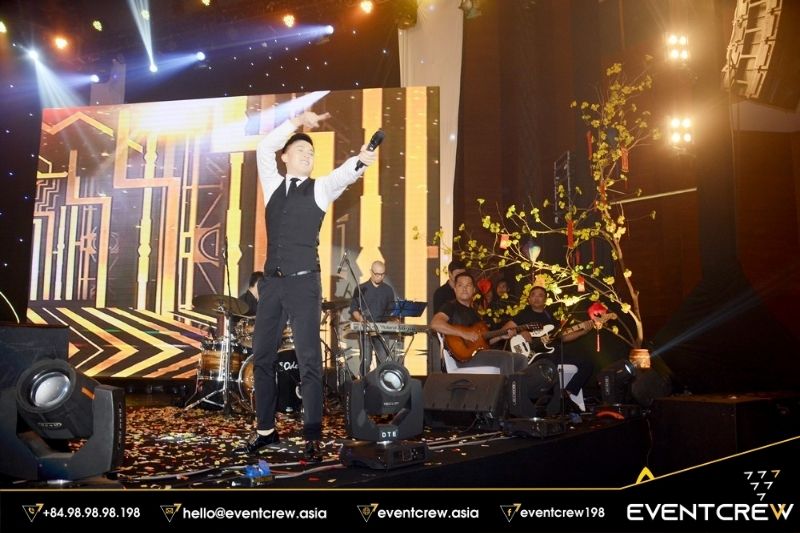 Year-end party script for emcees: Open show - invite guests - give a reason for the event

Year-End Party is an event for the company leaders and all employees to meet and exchange, summarize activities for a year.

Along with that, in the opening show - the MC also needs to state the reason for the event. This part is also represented by the theme of the event to show the purpose when organizing a Year-end party. 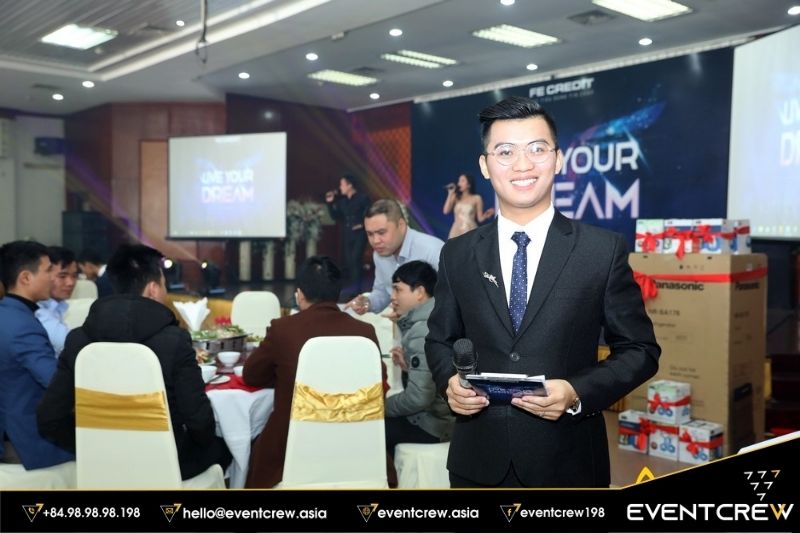 The company management's speech at the party is probably the most important part of the whole show.

With the nature of the Year-End party, the leader board will be the person who summarizes the achievements of the whole team achieved in the past year, as well as commend, honor, and rewards outstanding members to motivate everyone to take it as the driving force to strive in the coming year.

With this important step, the Year-End party scenario for MC needs to detail the steps from inviting the leadership representative to speak to the employee list to be commended.

This preparation will help MC actively lead the event as well as avoid errors in misreading names or missing names of participants in this performance. 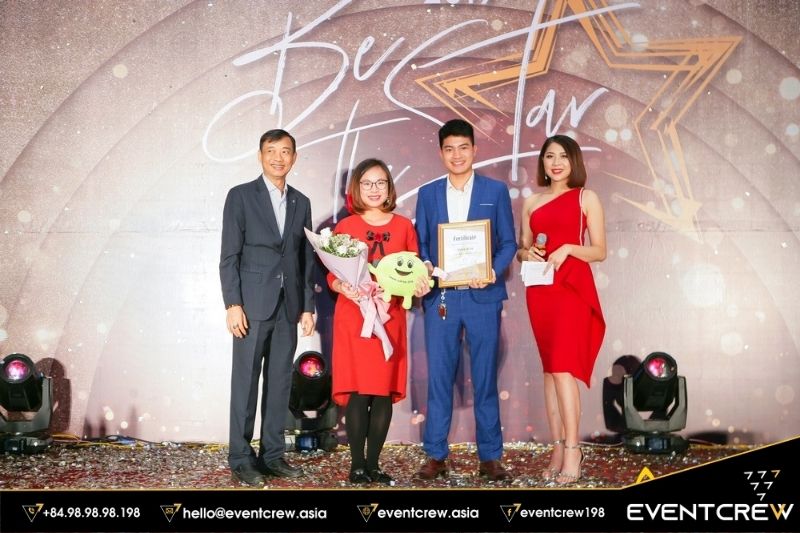 After the company's leaders' speech, the party will almost end the important rituals. And move to open the party so that everyone can participate in the exchange and share in a cozy, more intimate atmosphere.

The opening party may be a salty party or a tea party for guests; gameshow or combined performance to create an atmosphere and excitement for the show.

And like the above parts, the MC Year- End Party script also needs to detail the participation items for MC not only easy to introduce and lead the program in a professional manner but also manage possible incidents. 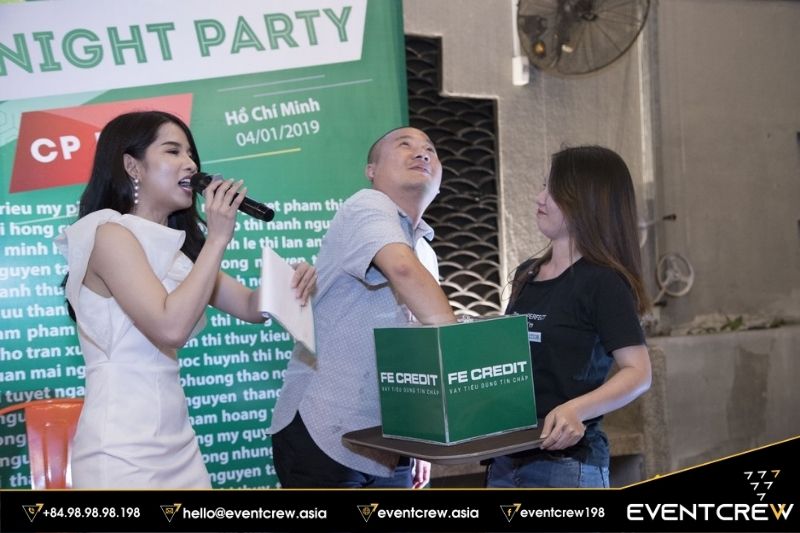 Every show must come to an end. Creating a meaningful, impressive ending will create the most perfect for the success of an entire event.

A year-end party with wishes and new targets for a new working year will be a successful event. The end of the Year-End party will be messages from the leadership, sentiments of members of the company. And above all, the upcoming plans of a whole team will be sent into this occasion to help guide the direction and motivate them to strive for the next year.

And of course, it is the MC who will be the representative to send the messages to the customers. Therefore, the Year-End Party script for MCs needs really careful preparation for this part.

Read more: Emcee requirements and where to hire qualified emcees? 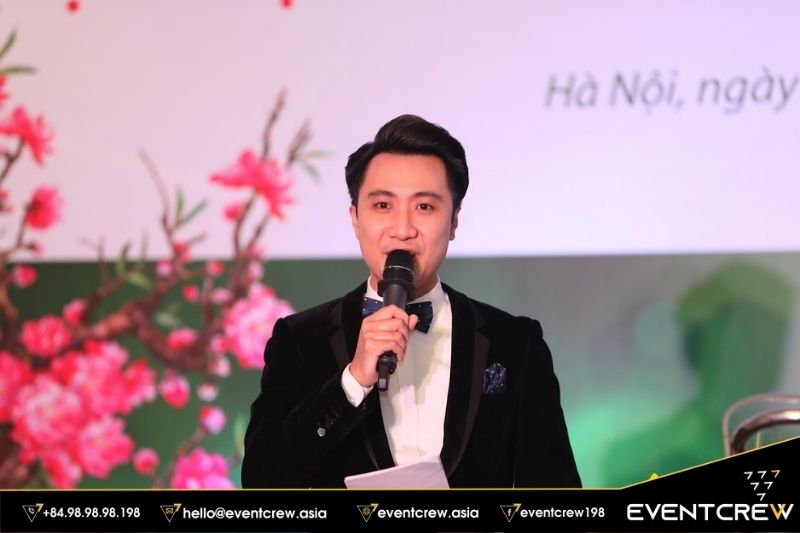 Above is the sample Year-End Party script for emcees that Event Crew shares for readers. If you have any further questions and need to hire emcees for your coming year-end party, feel free to contact us via website or hotline +84.98.98.98.198 (available on Whatsapp, Zalo, Viber).